Anna's Roundtable is a fan made board game based on Fire Emblem featuring over 200 pieces of original fan art from over 100 participating artists.

Review by KotakuReview by Sequential PlanetReview by Whats E Playing

The Fire Emblem Board Game Fan Project was started by Brother Ming many years ago.
It's first iteration was originally uploaded to reddit October 2017. 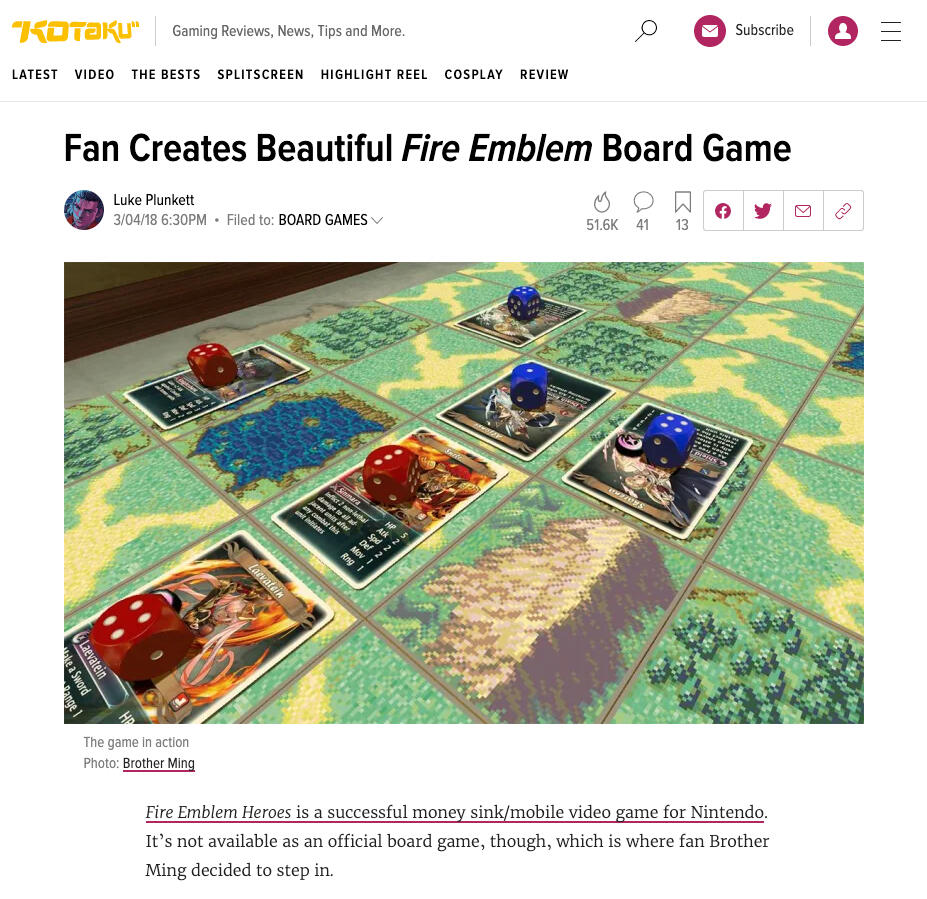 With a ton of support, he decided to take pre-orders for hand made copies of the print and play game online.

A few months later, an Kotaku article was written about the project, taking it to the internet at large.

Since then, he designed and self published the Persona 5 Phan Game, was invited to be a guest designer on Adventure Tactics, was a cultural consultant on Manchukuo, and is now organizing Genshin Tarot. 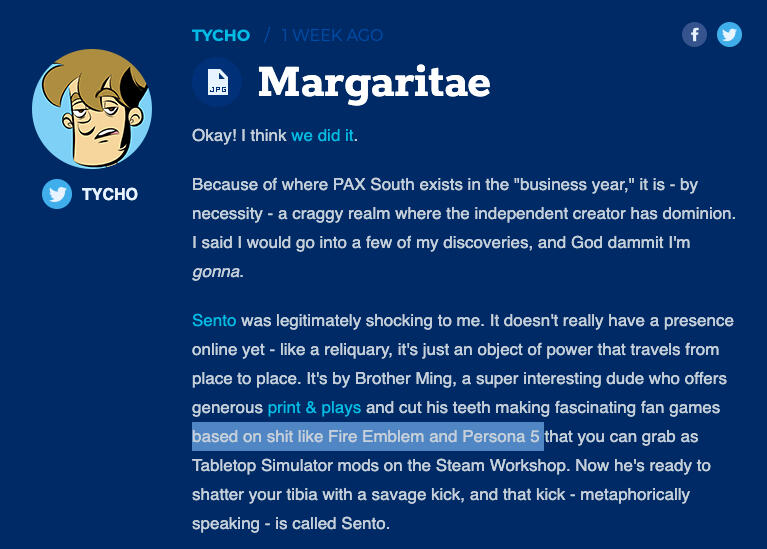 The project you see now however, was begun in the last months of 2019. Ming met Hina, a talented artist who had been a fan of his Persona 5 Phan Game. They immediately hit it off, and Hina worked with Ming to draw a few custom cards for his then print and play Fire Emblem board game project.

However what began as Hina and a few of his friends illustrating custom cards soon turned into a full blown community of artists. Seizing the opportunity, Ming and Hina teamed up to shape Anna's Roundtable into a community fan project, recruiting over 100 artists into their fold.

Every artist was commissioned for their work by Ming, and after years of development and testing, Anna's Roundtable was shaped into what it is today. A competative, fun, and accessible dueling game that holds no regrets for it's designer nor fans.

Sylvain, Felix, and Ashe, by the Lead Artist Midoriyaizuhugs

Designed by and illustrated by Fire Emblem fans, Anna's Roundtable aims to bring Fire Emblem to the tabletop as a self contained board game.
It features art from over 100 different artists, and each copy comes complete with every single card (no random card packs).